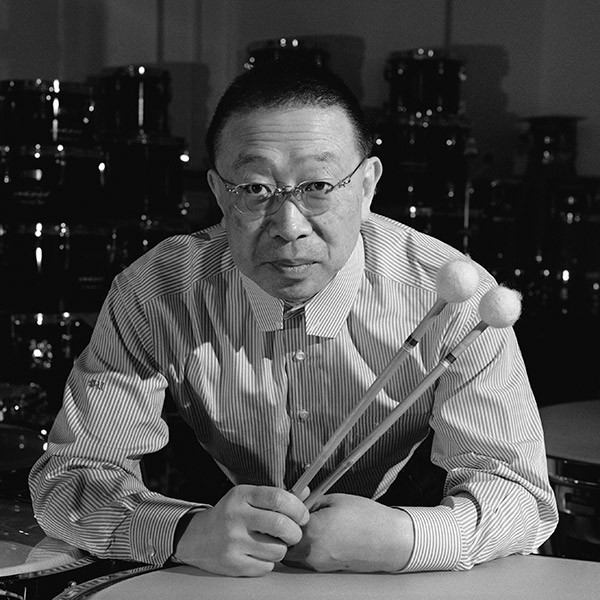 From the age of 3, he received a basic music education with piano and marimba.
After graduating from Kunitachi College of Music, he graduated from the College of Music. Received the Takeoka Prize. 1976 Study abroad in France.
Study under Kikuo Hamadate, Akiko Hamadate (Kuramasu), Sotaro Komori, the late, Jean Batingue (founder of the Strasbourg Percussion Group), Silvio Guarda (Solo Timpani player at the Paris Opera), Jean Pierre Drouet, Christoph Kaskel.

1977-78 Strasbourg Philharmonic Orchestra Percussionist.
From 1978 to 1985, he was a principal percussion and timpani player for the Toulouse Capitol National Orchestra of France.
While he was with these orchestra, he  participated in numerous international music festivals in France, USA, Canada, Mexico, Germany, Belgium, Austria, Switzerland, Italy, Luxembourg, Greece, and Yugoslavia.

Recitals and new works: Since 1977, Shiniti Uéno performed recitals almost every year,  total of 40 times in Japan and abroad.  He has premiered more than 100 pieces by various composers.

He has so far released 13 CDs,  3 of which have been selected as "Monthly Recommendation" by "Record Art". "Vibra Elufa" was nominated for the "Record Academy Award" (contemporary music category) of 2019, and has been highly evaluated by major newspapers and music magazines.